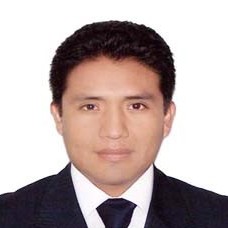 I am Florencio Paucar Sedano, Master in Computer Science of Pisa University and a graduate of the Pontifical Catholic University of Peru.

In this personal resumé, I would like to talk about my personal life: I am happy and proud of what I have achieved until now given my difficult and pretty disadvantageous childhood. I am also sure that I am more than capable to deal with any future challenging situations. You may be wondering why I start this statement with these sentences, so let me explain:

I come from Colcabamba district in the Huancavelica region. Huancavelica is one of the poorest regions of Peru. We were 5 children and my father only finished high school and my mother was illiterate.

However, the highest proof of life reached me when I was still a child and my 4 younger siblings, Miguel 14, Emilia 7, Sebastian 3 and Maria 1 years, and I became orphans. My father was a farmer and despite his total detachment to any political party and his old age (60 years), he mysteriously disappeared on February 4, 1991, during the politically violent years experienced by my country during the 80’s and early 90’. Later, he was officially recognized as a missed person in the Final Report of the Truth and Reconciliation Commission. My mother, a devoted housewife and a farmer as well, died surprisingly on December 23, 1991, 10 months after my father’s death, presumably due to a broken arm she suspiciously got on day.

The hard time taught me to focus my actions in a different way. I realized that with a clear mind set I could achieve a lot. As a consequence, I set myself the personal goal of obtaining the best education. And this is why I ambitioned studying the career of Computer Engineering in the prestigious private Pontifical Catholic University of Peru, which is almost inaccessible for the poor.

Let me explain how I managed to study and finish my career. I arrived in Lima, the capital city, in August 2002, with only my clothes and my little guitar, with no money, but with a big dream and a giant determination to make it: to study at the most important university of Peru.

For some years, I managed to study while working as a blue-collar worker. It was very difficult for me because I had also to give economical support to my younger siblings and I had to pay the fees of the university. The fees were higher than my salary, so I could not pay the University, and I remember I even had some days without eating. Fortunately, when I was in the 8th semester, thanks to my outstanding academic performance and my economic situation I earned a scholarship of Fundación Educación.

Once I finished university, many things changed in my life. I obtained a European Union scholarship to study in a Master program in Computer Science at Pisa University. Since then, I have been working in Italy and Finland as a highly skilled professional. Currently, I am working as an Artificial Intelligence Engineer.

Like as  a child, I still have many dreams and one of them is that I would like to spread the AI knowledge I have obtained to young people in Peru. I am convinced the expertise in innovative topics related to technology would permit the people to obtain better opportunities.

I am thankful to Fundación Educación for its support. I am convinced that this institution is forming committed professionals that will improve our developing countries.